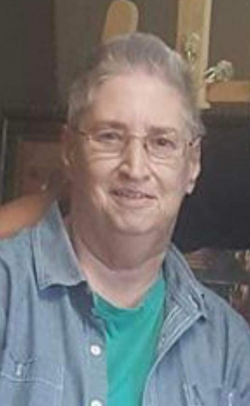 At the Grand Falls General Hospital, January 20, 2023, Mrs. Joyce St. Peter of Grand Falls passed away at the age of 78 years. Born at Perth-Andover in 1944, she was a daughter of the late Peter and Hazel (Sullivan) St. Peter.

She is survived by her son Joseph St. Peter (Sarah) of Red Deer, Alberta, grandchildren, Will, Alex, Ryan and Max, as well as three sisters, Vella Bowmaster and Doreen Bowmaster of Morrell Siding and Lois Baker of Perth-Andover, one brother, Harold St. Peter (Ila Jean) of Morrell Siding, as well as nieces and nephews. She is also survived by her best friend, Germaine Powers.

Her funeral service will be held Tuesday, January 24th at 11 a.m. from the Assumption Roman Catholic Church, Grand Falls with interment in the parish cemetery.