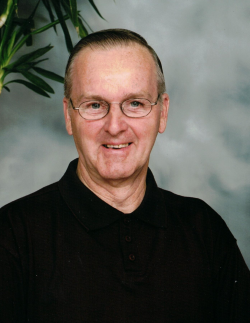 At the Falls Villa, January 23, 2023, Mr. Richard St-Amand of Grand Falls passed away at the age of 78 years. He was the husband of Colette (Morin) St-Amand. Born at Bristol, Connecticut in 1944, he was a son of the late Albert W. and Rose (Poitras) St-Amand of Saint-Andre.

His funeral service will be held Monday, January 30th at 11 a.m. from the Assumption Roman Catholic Church, Grand Falls with interment in the Saint-Andre Cemetery.

For those unable to attend, the funeral service will be live-streamed using the link below:

For those who wish, donations to the Falls Villa Memorial Fund or the Alzheimer Society would be appreciated by the family.